Sunday cooking, opening a seriously good beer and trying to pair it with whiskey. Not a bad Sunday!

After baking some bread rolls and putting a leg of lamb into the slow cooker on Sunday it was hard to resist the call of the beer fridge. I suggested that my partner and I open a Bridge Road B2 Bomber Mach 4.0. The B2 Bomber is an annual release Belgian Black IPA first released in 2011, and each year there is a tweak to the recipe, Mach 4.0 marks it’s fourth year of production.

This years Bridge Road B2 Bomber is stunning, aromas of chocolate, red berries, some roast and faint tobacco. The flavour follows through with spice, earthiness and citrus, a little smoke and raisins. Not only does the Mach 4.0 smell and taste great, it looks amazing. I mean seriously, look at this colour! 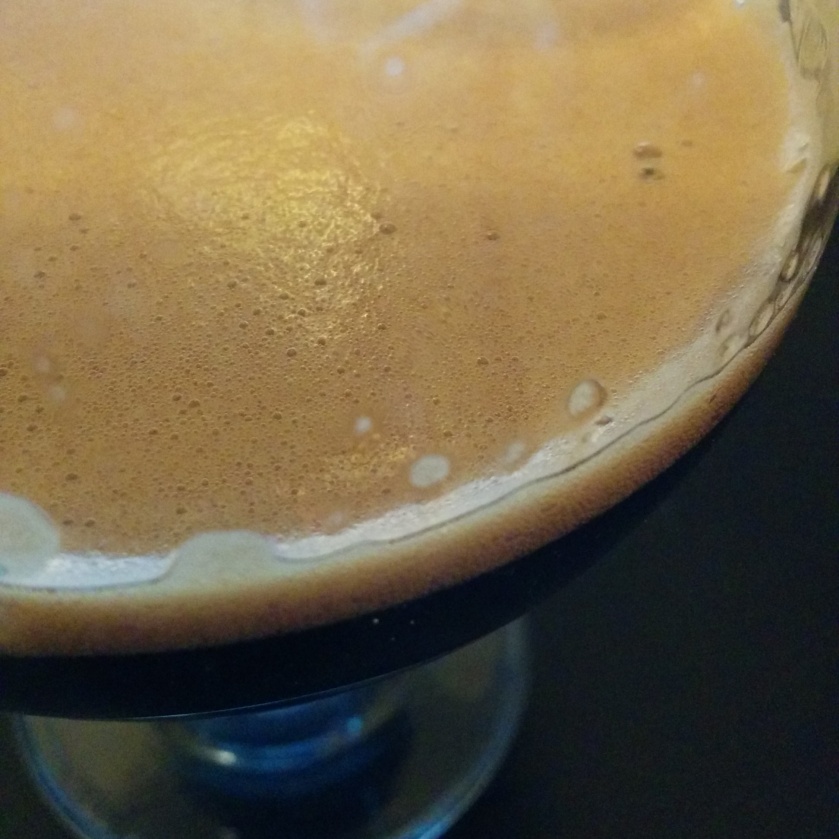 The last time I had this beer was during an event I did with Beersine for WA Beer Week last year – Beer and Food Masterclass. As always Mitch’s food was beautiful and we paired this with a dessert of chocolate mousse topped with strawberries, rosemary and Laphroaig 10yo, a particularly smokey single malt scotch.  The result was divine.

Inspired by this memory, my partner and I grabbed a few bottles from the shelf to see what would pair nicely. Under advisement from my partner, he is the whisky man, we selected Highland Park 18yo, Highland Park 12yo and Laphroaig 10yo.

[In the interests of full disclosure I work for Coca-Cola Amatil and Highland Park and Laphroaig are both in the portfolio hence why these were close on hand however this was not work related.]

Both my partner and I agreed that The Highland Park 12yo was the best match, it was the Goose to the B2 Bomber’s Maverick. Highland Park 12yo is one of my favourite whiskies, the aromas of honey, cinnamon, pear and vanilla alongside a slightly smokey, apple and spice palate, it’s just bold enough for me without being too smokey. Together with the Mach 4.0 I found that it bought out the red berry fruit and smokiness of the beer without being too overbearing, which is what happened when paired with the 18yo. The Laphroaig 10yo carried too much smoke that without the sweetness and earthiness of the strawberries and rosemary from the dessert last time, was just too dominating. All in all not a bad Sunday if I don’t say so myself!