Lunching at The Brisbane Hotel, indulging in one of my favourite dishes and finding Two Birds Golden Ale the perfect match … 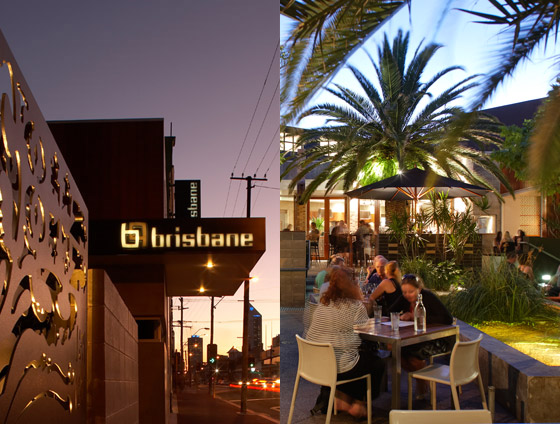 The Brisbane Hotel is more than an iconic Perth pub to me, having worked there for a lot of years it’s a place where I’ve laughed a lot, drank too much and made friends I still have today.

With all these great memories, though some more fuzzy than others, it’s always a pleasure to visit “the brissie” and today was no exception.

It’s nice to see the menu still has a few of the classics, original menu items from day one, like the salt and pepper squid and roast pumpkin pizza.

One new/old addition is the blue swimmer crab spaghettini & tomato sugo, ‘new’ because it was added at their last seasonal menu release and ‘old’ because it has featured a number of times as a special. This is one of my all time favourite Brisbane Hotel dishes* rivalled only by the homemade sausage rolls. 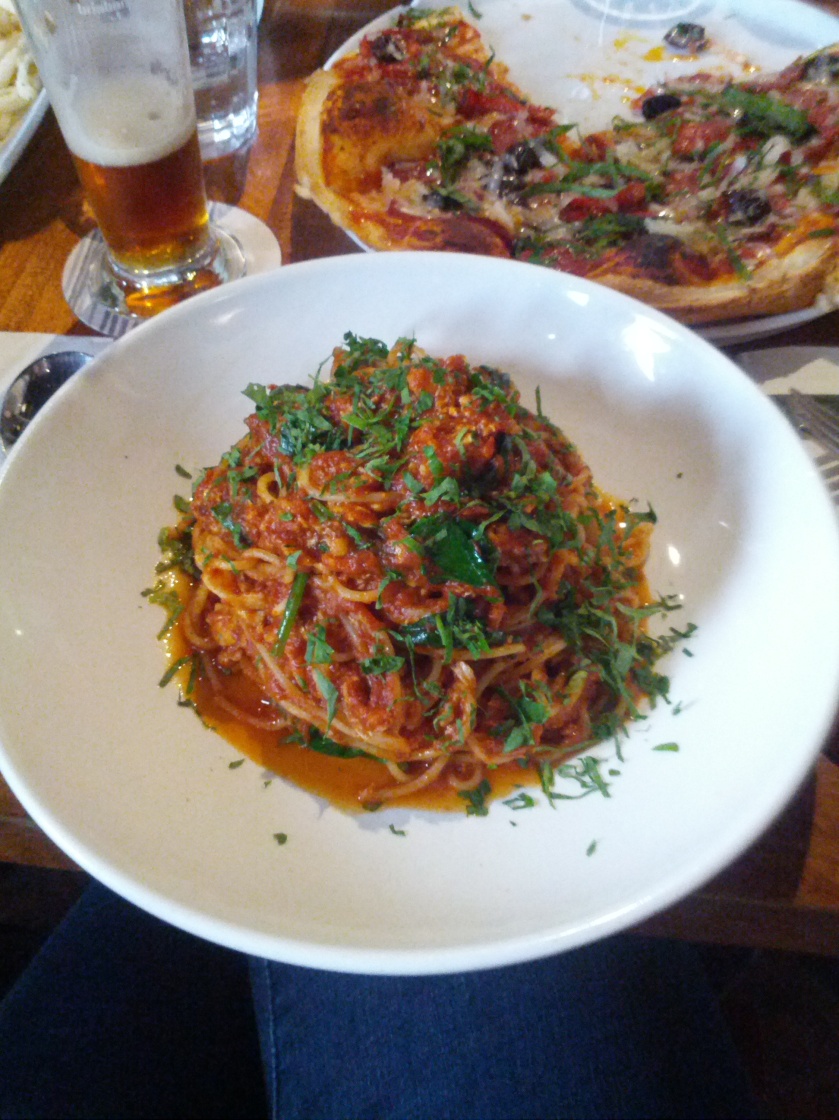 I didn’t even need to look at the menu to know I was ordering the crab spaghettini so I set about trying to decide what beer to have with it. Whilst I pondered I had a glass of the James Squire Hop Thief 6, their varietal series American Pale Ale featuring American hop varieties Simcoe and Columbus.

The food arrived promptly and I ordered a Two Birds Golden Ale which turned out to be a great match! Hoppy enough to cut through the thick tomato sugo and the beer’s soft honeyed sweetness lifted the flavour of the crab. There was a warming chilli through the sugo that was nicely tempered by the beer’s fruit sweetness.

The serving size was beyond generous, it was more like daring, as though the dish was challenging me to finish it. I rose to that challenge … and then went home and fell asleep on the couch.