As reward after a busy weekend of house cleaning and unpacking boxes I decided to open a 2013 and 2014 Sierra Nevada Bigfoot.

The epic saga of “moving house ” continues with our pile of Bunnings receipts and list of things that need to be done both growing at steady rates.

Weekend #2 involved much cleaning and unpacking and I also learnt about spakfilla in early hours of Sunday evening. This resulted in a sleep deprived me wandering around the house looking for holes and cracks in the walls to practice my new found skill.

As reward after a busy weekend I decided we would open a 2013 and 2014 Sierra Nevada Bigfoot.

The Bigfoot is a barley wine style beer, a style with British origins that experienced a resurgence with the craft beer revolution in the United States. This resurgence, according to The Oxford Companion to Beer, kicked off with Anchor Brewingy Co’s Old Foghorn release in 1975.

“Within several years barley wine had become something of a seasonal show off amongst American small brewers,”

The Oxford Companion to Beer

Barley wines are a bit like a passionate footy fan – uncompromising, boozy and loud. Sierra Nevada’s Bigfoot is no exeception. It was released in 1983, four years after the company was founded and has a cult-like culture around it because it is a damn good beer only released once a year and it ages wonderfully, well if you can keep your grubby little mits off them of course.

Clearly I was a little less wordy last year, not sure why, perhaps I was just too busy drinking it to write down tasting notes more than five words long.

Another year seemed to give the 2013 Bigfoot more depth, everything got a little darker, thicker and more caramelised.

Delving into the 2014 Bigfoot by comparision was almost bright with its rich red fruit and soft tropical fruit flavours. But don’t be fooled, the heft of the beer was ever present with the malt providing that great caramel, toasty base but when layered with more fruit you end up with a beer that rivals any port for its richness and complexity. 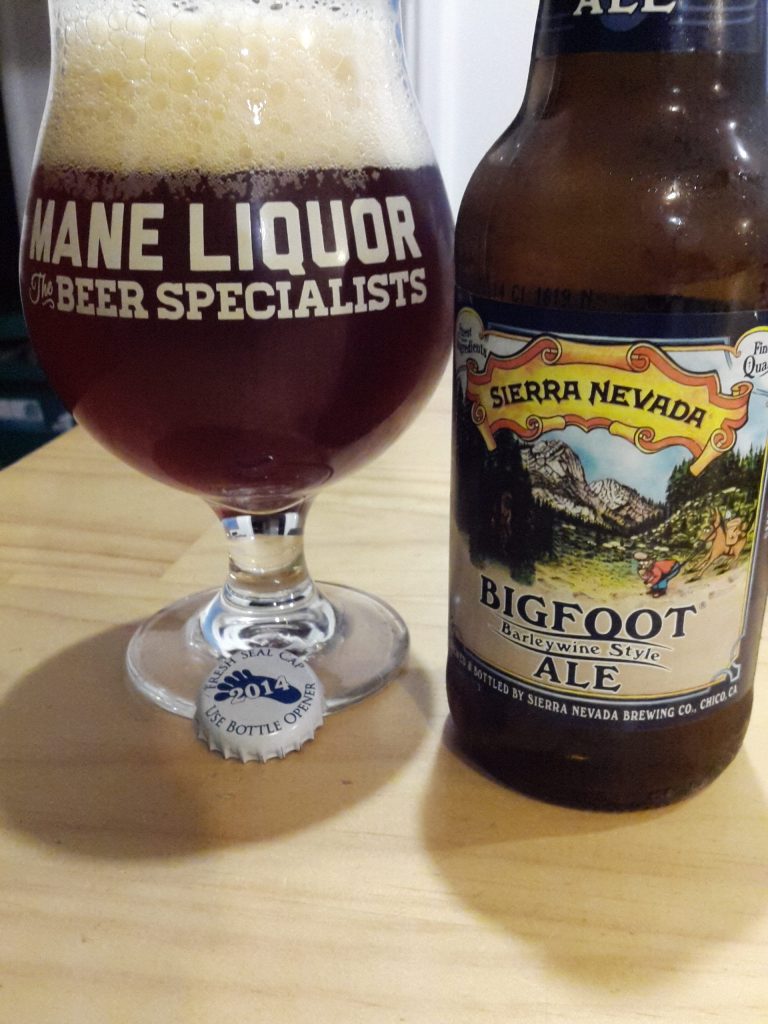