I have beer and cheese on the brain, even more so than normal, so over the weekend I tried a couple of beers with some manchego cheese …

This weekend, November 15 & 16, is the Fremantle Beer Festival on the Fremantle Esplanade Reserve. Not only does the weekend long festival bring together the expansive list of WA breweries but also showcases a range of Master Classes that are all included in the festival entry ticket.

One such Master Class will be on Saturday at 3pm called We Love Beer and Cheese hosted by myself and Margi, retail and marketing manager for Eagle Bay Brewing. Seats are limited to 50 and guests will be given beer and cheese in return for having to listen to two rather enthusiastic ladies of beer talk about the things they love.

It’s no wonder that I have beer and cheese on the brain, even more so than normal, so over the weekend I tried a couple of beers with some manchego cheese …

Manchego – a Spanish sheep’s milk cheese with a distinctive zig zag pattern on the rind. Find out more about this tasty variety here.

“This pilsner has been brewed as an Australian take on the craft pilsners of NZ, a light bodied lager, heavily hopped with the Australian hop variety Enigma”

Enigma is a new Australian hop variety you may be familiar with from the locally brewed collaboration between Mane Liquor and Bootleg Brewery – Ryezilla.

In the body of this pilsner I found the Enigma hops giving off passion fruit, apricot and citrus aromas. The flavours were delicate but complicated, showing stone fruit, light bready malts and a crisp bitter finish.

The Enigma paired with the manchego cheese was a lovely match even if the hop bitterness from the beer did dominate. The nutty flavours from the cheese seemed to cling to the beers bready notes, giving the whole mouthfeel of the beer a little more weight. The beers fruity hop flavours were also nice against the cheeses own fruitiness. 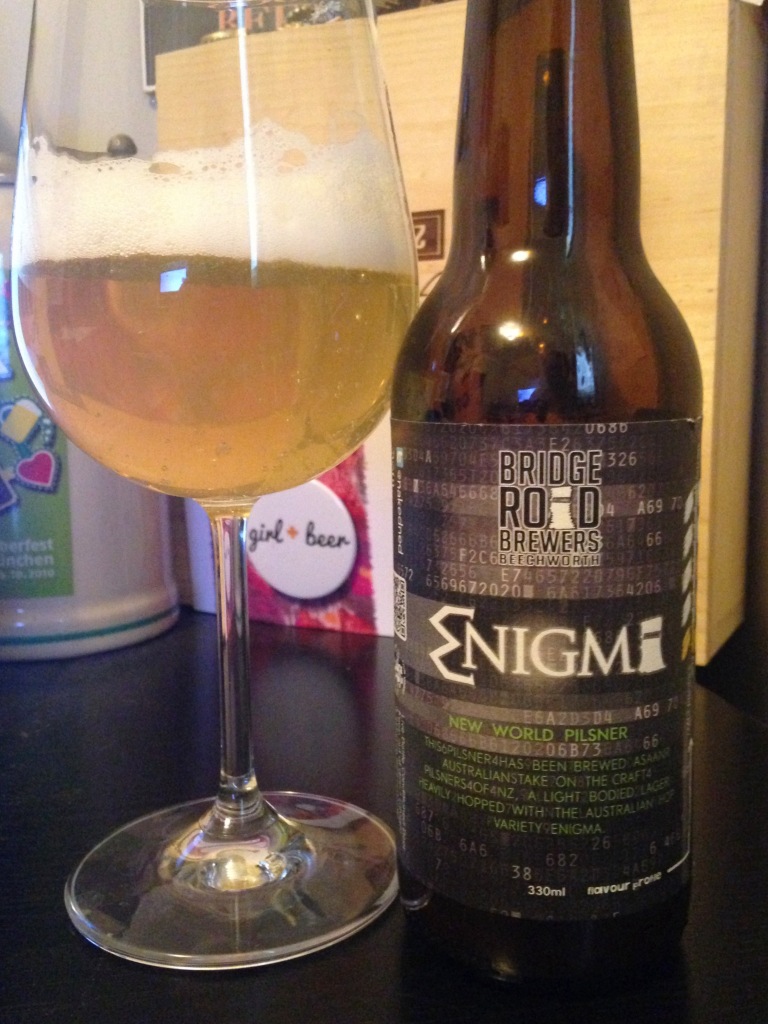 It’s been a while since I have had Eagle Bay Mild as I get caught up in their totally drinkable pale ale and tasty limited releases like the Cacao Stout. Revisiting this beer is a reminder that it’s really very good. There are aromas of toast and burnt caramel whilst the flavours are full of biscuit, spice and a finish that is all floral hops.

These two proved to be another lovely match in an entirely different way to the Bridge Road Enigma.

The bigger malt focus of the Mild, when compared to the Enigma, gave a big boost to the nuttiness in the cheese and together they seemed to enhance the Mild Ale’s floral hops.