Last week one of Perth’s destination beer venues invited some beer people down to the venue for a reintroduction, accompanied by a few beers of course. 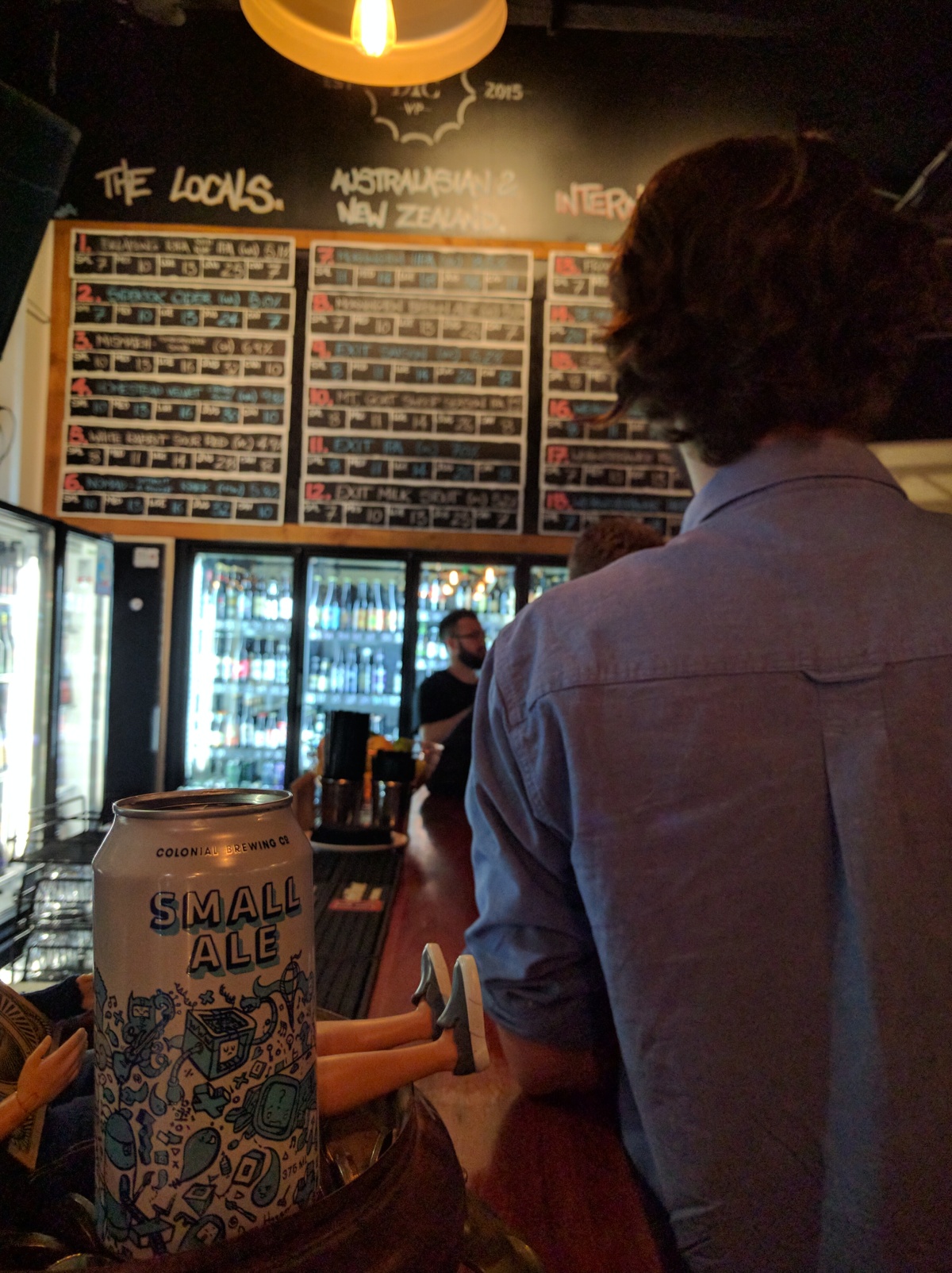 Last week one of Perth’s destination beer venues invited some beer people down to the venue for a reintroduction, accompanied by a few beers of course.

Of course the one thing that hasn’t changed is their 18 rotating taps, constantly changing and featuring a variety of beers from both home and far away. The Double Dutch Rudder hasn’t changed either, for those who haven’t seen the photos on social media, it is a sampling paddle of two tasters of every beer on tap – 36 tasters across 18 beers for $125

You don’t have to be a beer drinker to enjoy DTC, there’s a range of spirits, wines and ciders available that have been picked with the same enthusiasm with which they choose beers.

Though it’s not a big part of their business, beer geeks will be happy to hear DTC still do growler fills and they’ll fill any branded growler.

One relatively new toy to the bar is a canning machine lovingly nicknamed “the CANary” which is both pun-tastic and a reference to its splash of bold yellow colour. The CANary means you can take home a 375ml can of any tap beer. This is particularly useful for beers that are only available on tap and/or that are limited releases.

Whether filling cans or growlers, the bartender will do a gas purge of the vessel before pouring your beer to help ensure the beer stays as close to brewery fresh as possible – remember, oxygen is enemy of beer so the gas purge will help keep nasty oxygen out of your beautiful beer. Having said that, this isn’t one of those moments for cellaring beer, you’ll want to enjoy that beer fresh.

Beau Ferreira is back in the DTC kitchen and as head chef he has put together a new menu of “inspired gastro-pub meals” including a range of burgers, arguably a must-have in a beer dedicated bar, and other dishes such as the Chermoula & Mandarin Lamb Ribs and House Honey & Jasmine Smoked Tassie Salmon alongside a good range of snacky items and a couple of dishes for sweet tooths.

Overall there aren’t massive changes, it’s still DTC, but the relaunch seemed to be more about the subtle improvements to the offering. It was nice to be invited in to see what the team have been working on; it’s also worth noting that it’s a team that consists of some of WA’s most passionate and knowledgeable beer people. From what I’ve had of the food menu so far it is very tasty and I’m looking forward to heading back to try the rest. Just like Petition Beer Corner, DTC’s high rotational list means it is easy to find excuses to pop in and see what’s new on tap.