This edition of 5 minutes with features Kyle Petrie, national on premise sales manager for WA based Gage Roads Brewing Company.

This edition of 5 minutes with features Kyle Petrie, national on premise sales manager for WA based Gage Roads Brewing Company.

I’ve gotten to know Kyle as our paths cross at beer events, festivals, pubs and bars and every once in a while we might actually get a chance to sit down and have a beer, and I’ve found him possessed with equally big doses of enthusiasm and passion. He’s well spoken, confident and the impact he’s had on Gage Roads can be seen and felt across the industry, giving the brand a face and a spark of energy that has propelled Gage into more hands than ever before.

Note: The following views and opinions are Kyle’s and are not necessarily those of Gage Roads Brewing Co.

What is the most exciting thing about craft beer in WA?

The most exciting thing for me is that it’s being embraced by the general public. The breweries that have done the hard yards and have been around for the longest amount of time (Feral, Nail, Bootleg, and Gage) are all now seeing the fruits of the labor as the Western Australian public start to get away from the ‘mainstream’ and drink far more local craft beer than ever before. You can even get a [Feral] Hop Hog at Perth International Airport!! That would never have happened 3 years ago and it’s all down to the fact that local craft beer is in demand and (plus the fact that it’s a great beer). 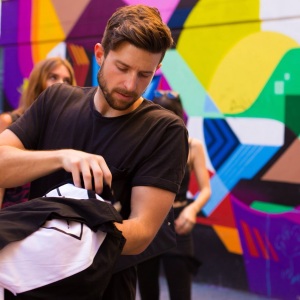 What has surprised you the most in your role with Gage?

Nothing really ‘surprises’ me to be honest. I always knew that if we put the focus on quality in the brew house, introduce new brews into the market and put our beers in the right hands/venues that we would have success and thankfully we’ve been able to do that and build up a great following for our brand & beers in WA and nationally. I guess if I really had to choose one thing it would be the demand for our Single Fin Summer Ale. When it first came out of tank I knew it was going to be a great beer but I didn’t think it would be as popular as it currently is which has been a pleasant surprise.

We knocked up a few dishes recently with local WA chef Jacob D’Vauz and he produced a banging snapper ceviche which paired nicely with our Single Fin Summer Ale, it was unreal! You can actually find the recipe & a video of it being put together on our website if you’re interested in giving it a try yourself.

What Australian breweries should people watch this year? 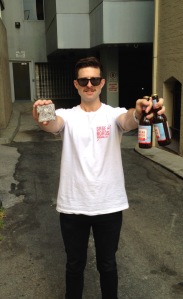 How important do you think it is to have a definition of “craft beer”?

I don’t believe it’s important at all. The definition of ‘craft beer’ is hotly debated and differs from person to person so I think it’s going to be impossible to find one simple definition that will appease everybody. We’ll all just have to agree to disagree! Personally I’d prefer beer drinkers focus on the word ‘quality’ and get away from judging a beer on whether or not it’s ‘craft’. Beer that lacks fault, is a quality representation of the style and has been made with a focus on freshness and flavor should take precedence. I get pretty pissed off hearing beer snobs bickering over whether or not Sierra Nevada or Ballast Point are craft or not when they’re producing some of the best beer in the world. Judge them on the beer and not their size or ownership.

One thought on “5 minutes with Kyle from Gage Roads Brewing”