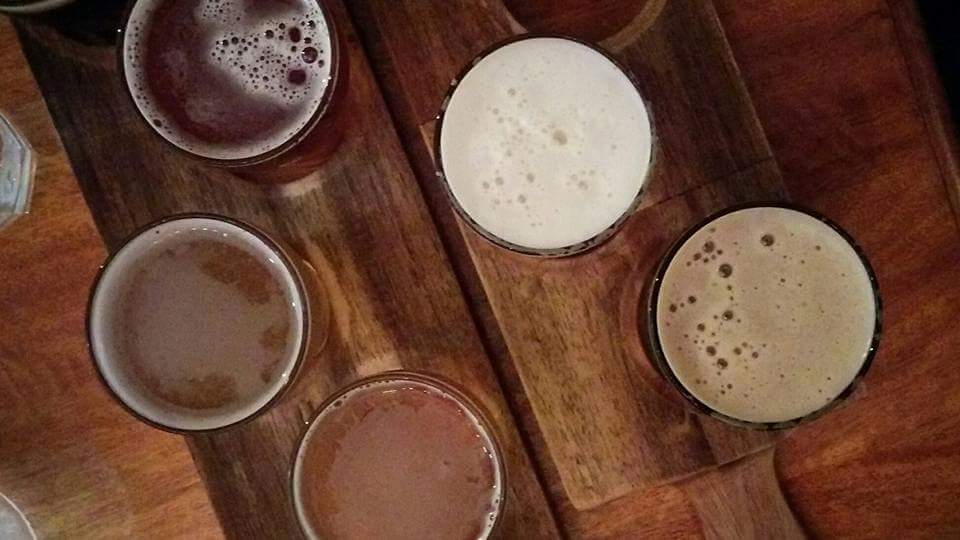 The ‘Beer the Beautiful Truth’ campaign by Lion Nathan has been kicking around for a few months and up until now I haven’t commented much on it.

When I first caught wind of this campaign I screwed up my nose. I didn’t, and still don’t, like the new labelling on Little Creatures, the additional panel looks just that – additional – and I find it distracting from the old oval shaped label. Admittedly it’s a very minor detail and given the addition of a nutrition panel I guess there wasn’t much in the way of options. But more importantly I don’t really care about the nutritional information of the beer I’m drinking so this campaign does zero for me. This aside, I thought to myself, who I am to judge? Perhaps consumers ARE crying out for this sort of information, I don’t know, clearly I’m not the target market for this particular campaign so maybe I shouldn’t go on a rant.

Fast forward a couple of months and well I can’t help myself.

a few words on beer and advertising …

Beer advertising doesn’t exactly have a history of truth telling, its been predominantly about middle aged overweight men trying to find ways to get away from their wives or looking super cool to get pretty women to sleep with them. It’s been about men doing manly things and this narrative hasn’t changed much despite a big truth that yes, indeed, women also drink beer. Advertising of any kind isn’t really rooted in truth and honesty so why should we take this particular beer advertising has pure 100% truth?

It goes without saying that Lion Nathan want you, me, everyone to drink more beer – in particular their brands of beer.

The ad campaign alone implies, at least to me, that their beers are preservative free and sugar free. This in turn implies that everyone else’s beers are not. Digging around the website I found they do acknowledge that “many beers sold in pubs and bottle shops today are preservative free” but the campaign’s main advertisements aren’t going out of their way to acknowledge this.

On the subject of sources, it’s probably worth mentioning that given I don’t really like this campaign then my own writings on it are inherently biased!

It’s really hard not to view this whole thing as a play for the current “sugar is bad” trend. Much like the claims of “zero fat” or “99% fat free” it doesn’t mean that the product is any good for you. I’m sure broken glass is 99% fat free but you don’t see me having a bowl of it for breakfast.

A great article on AdNews called ‘Booze Ads go Sour’ elaborates on this much better than I could, here’s a little excerpt –

Obesity Policy Coalition executive manager Jane Martin said Lion were deliberately “capitalising” on the concern around sugar, and labelling beer as 99.9% sugar-free “only tells part of the story.”

“The nutrition panel doesn’t show you where the energy is coming from because alcohol isn’t listed. It’s the alcohol that contains the kilojoules.”

“It’s like saying marshmallows are 99.9% fat free. The messaging is making the products appear healthier than they are,” she said.

We have seen this before with the boom of low carb beers a few years ago. Remember Pure Blonde? I remember when it was one of the biggest selling beers at the pub I used to work at, nowadays I see it less and less. Sure, Pure Blonde is making/trying to make a comeback but their own advertising is questionable as fellow Australian beer blogger ‘Beer is Your Friend’ highlights wonderfully in his post ‘The Pure Blonde Ad I hate’. Low carb was a thing, now zero sugar is a thing, then something else will be.

Trying to be healthy …

Consume less alcohol or none at all. I’m no health expert but surely it’s the BOOZE that is bad for you. Below is a great read from 2010 which addresses a lot of beer and health myths and misconceptions. Granted it’s longer than looking at a 30 second television spot but I found it full of good information.

As with all alcoholic drinks, the primary focus should be in the effects of alcohol on the body first rather than carbohydrates or other component.

I drink beer, Here is the truth I’d like …

I drink a lot of beer and I can say with a great deal of certainty that I don’t care about nutritional information on the label. I’ve never looked at a label and thought “gee, I wonder how many calories are in this?” but you know what I have thought – “who brews this beer?”, “where is this brewed?” and “who owns this beer?” This goes for draught beers as well, not just bottles and cans.

I can’t be alone on this – take Beck’s for instance, who’s parent company AB InBev recently got pinged in a law suit for misleading their consumers into thinking that all Beck’s beer is produced in Germany.

Read: Beck’s beer settlement includes payouts for up to 1.7m US households

Sure, they included it’s US production on the packaging but from what I have read you really had to go looking for that information in order to find it. What was more prominent were words and symbols implying it was brewed in Germany. Where is the truth in that sort of labelling?

A little closer to home where last year the ACCC, the Australian Competition and Consumer Commission, fined Carlton United Breweries for misleading consumers with their Byron Bay Lager, a beer that was brewed more than 700km away in Sydney.

Further interesting reading on Australian Brews News on the Cole’s brand ‘Steamrail’ that, prior to the Bryon Bay Lager incident, didn’t mention anything about who was behind Steamrail beers.

More beer labels followed suit and changed their labels to put a little more honesty about where the beer was brewed.

By no means am I saying that beer brewed for Coles is rubbish or that brewing under contract is bad, what I do believe is that it’s relevant information for consumers and they are intelligent enough to do with that information whatever they like.

I am clearly not the target market for the Beer, the Beautiful Truth advertising campaign. I’ll accept that some people do want nutritional information on their beers, though I’d be interested to see if any other alcoholic beverage follows these footsteps, but I think when it comes to beer there are other truths I’m much more interested in than a kilojoule count.

10 thoughts on “a few words on truth in beer advertising”