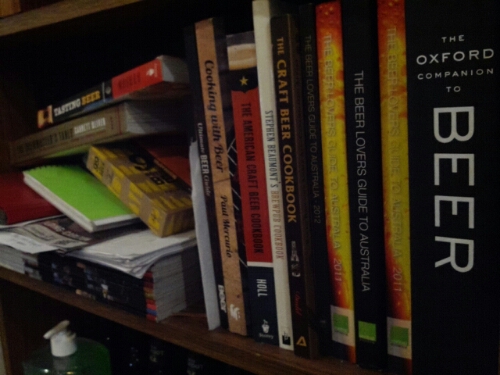 For those lazy weekend mornings when you just want to stay in bed and catch up on a little reading – Weekend Reading is a weekly post with the articles I’ve enjoyed in the past seven days and hope that you will too.

With the sale of Victoria’s Mountain Goat Brewing to beverage giant Asahi, people started to/continued to speculate on “who will go next?” as if the craft beer industry was one giant game of Survivor (or whatever the hell those reality TV shows are).

Perhaps I am naïve but I am not one of those who have been speculating but I can see why people would think Stone & Wood Brewing might be on that list – hugely popular, massive potential for growth. But the vision behind the brewery and the fact they bought back their shares from Little Creatures following the Lion Nathan sale should rule them out entirely. If that didn’t well founders Jamie, Brad and Ross have this to say – read on!

I have always been interested in branding and marketing and when it comes to booze marketing my interest doubles. This episode was a great insight into a big brand like James Squire, the approach to managing their brand and what messages they wanted to convey with their rebrand. Several craft breweries also cop a mention and comment, if this sort of thing tickles your fancy you’re in for a more entertaining drive.

The Guardian | Beck’s beer settlement includes payouts for up to 1.7m US households

I found this article after doing some catching up on one of my favourite beer blogs – Beer is Your Friend.

It’s a really situation here as even though, if the article is accurate, Beck’s did nothing illegal they certainly seemed happy to mislead their customers about the origins of the beer. It reads like a case of a company ticking boxes rather than caring or respecting their customers.

Feral have added yet another trophy to the pool room, this time at the recent Craft Beer Awards for Champion Craft Beer for Watermelon Warhead. Founder Brendan Varis reveals plans to bottle Warhead sometime in 2016. To recycle my Facebook comment – HOLY HELL BATMAN! Be still my beery heart, Warhead in bottles! Looking forward to that day!

Beer is Your Friend | The Pure Blonde Ad I Hate

You know the one, the one with the guy ordering beer and it puts a dent in the bar implying it’s heavy with carbs or whatever. Just like Glen over at his Beer is Your Friend blog, I hate the ad. I hate it because I don’t get the relevance. If you’re trying to be healthier then maybe don’t drink alcohol or just cut down or switch to lower alcohol options. I realise I am not the target market but I still find it awful advertising. Aside from this, it’s mislead and Glen delightfully points out how.