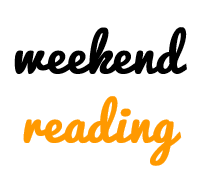 For those lazy weekend mornings when you just want to stay in bed and catch up on a little reading – Weekend Reading is a weekly post with the articles I’ve enjoyed in the past seven days and hope that you will too.

Another interesting element in the ongoing debate on the definition of craft beer with the American Brewers Association raising the production level for brewers to call themselves “craft”. It’s a change that appears to impact just one brewer right now so what, if anything, does this mean?

Beeroness | Tiramisu Made with Beer

This sounds like another cracking recipe and Jackie introduces it with some great words on how wonderfully different the beer community is. As I’ve said many times over, beer people are the best people.

The Perth Royal Beer Show awards were held last week and amongst the winners were South Australian brewery Pirate Life and Mash went back to back in taking out Best WA Brewery.

Draft Magazine | One Nation Under Lager

From pale ales to IPAs and now session ales and sour beers, as beer geeks we enthusiastically throw ourselves into the current beer style of the moment. At the same time though we are also on the look out to see what other styles are coming up. Is lager the next big thing? I’d certainly welcome it. Our beer fridge at home is often stocked with big hoppy beers, boozy malt monsters and bottles that often have the word “imperial” or “smoked” on them. The fridge could certainly do with more lagers and pilsners.