Just for a change of pace, just for something different, here’s (yet another) post about a delicious beer and cheese pairing!

Just for a change of pace, just for something different, here’s (yet another) post about a delicious beer and cheese pairing!

The pairing of barley wine and English Stilton is one of those absolute classic matches. It basically puts two flavour heavyweights against each other but rather than knock each other out they dance together beautifully. Rich meets rich, sharp meets boozy, fruity meets sweet, beer meets cheese.

Here’s a little tweak on this classic –

“The original old ales were literally old by beer standards of the day, matured for months and often in wooden casks.”

“Long ageing in wood allowed the ale to mellow in bitterness but also to acquire some flavour from the raw wood, a slightly stale taste from oxidisation, and a dash of sourness from wild yeasts, particularly Brettanomyces, and lactic bacteria with which the brew would invariably come into contact”

The Oxford Companion to Beer

The name suggests this is an old ale or stock ale, two styles very closely related to barley wines. All three are traditionally British with the styles being mentioned by name in the 1700’s, “the definitions of these categories, however, have never been very precise, either technically or historically,” from The Oxford Companion to Beer. As a generalisation we are talking sweet malt driven ales with high alcohol content and rich fruity flavours.

Enough about style, this beer is lovely. The aroma is slightly reminiscent of black forest cake with a lot of red fruit and I do mean a lot. It’s like a red fruit party where they all got rather drunk. Bold fig and raisin flavours are along for the ride and the finish stays rich in fruit.

Piccante is a style of Gorgonzola, more traditional and mature than it’s Dolce counterpart

It was nice to discover this at my local IGA, it’s a small store and it hasn’t won me over like other IGA’s but at least there’s Gorgonzola.

This Gorgonzola is rich, salty and a little creamy but the rind adds a dusty mushroom taste for more complexity.

The old barley wine and blue cheese combination once again holds water. The rich fruit flavours of the beer matching the richness of the cheese and providing a nice contrast to the saltiness.

Together, these two are just lovely. Not subtle in any way, shape or form but indeed very lovely. 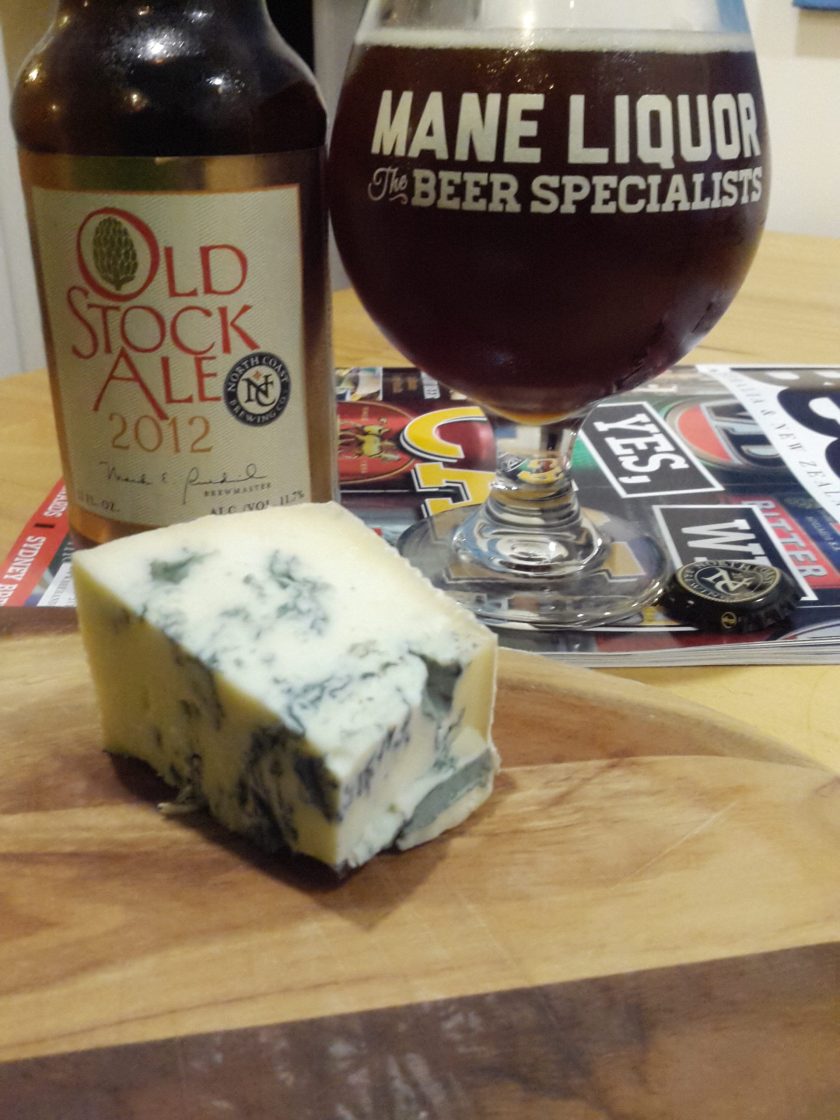