Not since the fruity, “summer in a bottle” Bright Ale has a fresh beer-face been introduced to the flying baby/cherub family so the introduction of Little Creatures IPA was something worthy of celebrating. 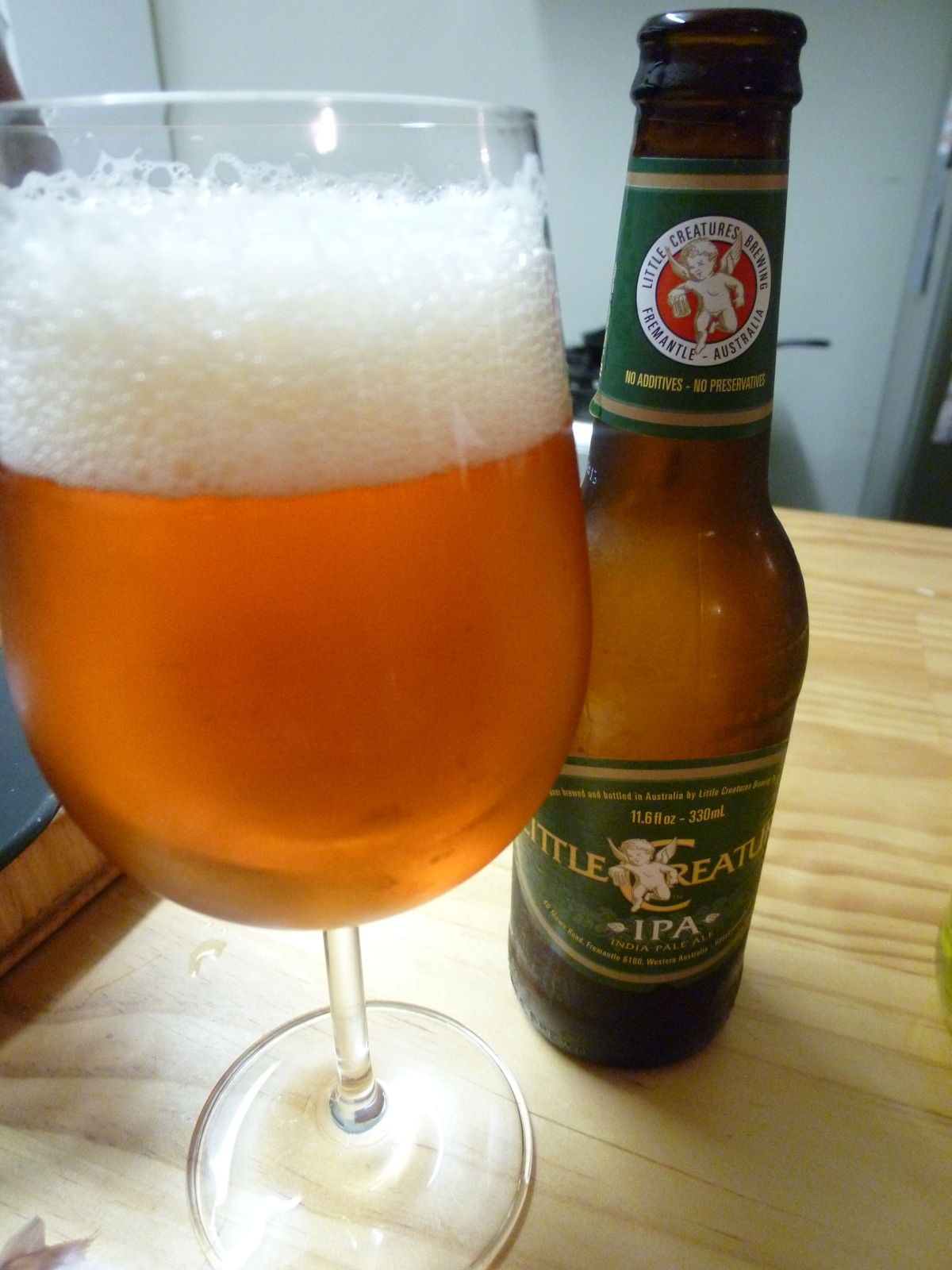 Being in the south west has a lot of advantages, like having many, many breweries and beaches on your door step and being surrounded by damn gorgeous scenery. However it also has its disadvantages, like being 200km away from the launch of the new Little Creatures IPA.

Not since the fruity, “summer in a bottle” Bright Ale has a fresh beer-face been introduced to the flying baby/cherub family so the introduction of Little Creatures IPA was something worthy of celebrating.

Little Creatures IPA is a beer that one could argue was inevitable, at least that’s the conclusion I’ve reached from my two-something years repping for them in Perth, even if that was many years ago. For many West Australians the Pale Ale was their introduction to hoppy beers that took them down a resiney rabbit hole of craft beer and demand for bigger flavours. When Little Creatures released their first limited release beer under the Single Batch banner it was towards the end of my time with the company. It was an IPA whose name I can’t remember but I do remember the response from retailers and bar managers, “they should make this a permanent range” and “it reminds me of the first time I had their Pale Ale”. How close or far this IPA is from the first Single Batch, I couldn’t tell you, I’ve had way too many beers between now and then to even try to make parallels but it’s why I feel an IPA has been a long time coming.

Eager to celebrate the occasion but unable to attend any of the official launches I decided I’d tell myself I was hosting my own private launch at home … for one. It’s all about perception folks!

The highlights of my private launch were the beer itself, the comfortable and familiar venue and the nicely polished glassware. The downside of my private launch was a lack of other people to talk to and the fact that whilst I was engrossed in the beer my dog took the opportunity to ravage my thongs. You win some, you lose some.

The beer was provided by my awesome partner who surprised me with a 4 pack since he was in Perth earlier that week. Yay! I was also fortunate enough to be given a 4 pack by Little Creatures, love getting beer in the mail, thank you LC.

So, what did I think of the beer?

I think it’s great. It does what it says on the bottle – it’s a very good India Pale Ale full of tropical fruits, soft sweet malt, something a little caramely and all with a pleasant booziness. It’s got sessionability about it but with enough flavour to make it interesting. Is it the most insanely amazing incredible Australian IPA I’ve ever had? No. Is it a great example of an IPA, something craft beer nerds and the craft beer curious can get on board with and is it something I’ll happily have a few pints of if I see it at a bar, then the answer is very much yes.