Ah, the benefits of working at a beer lovin’ bar … beer! Last week the new limited release from Last Drop Brewery – a 5% abv Oktoberfest Bier – landed at Clancy’s Fish Pub Dunsborough where I have been working casual shifts in recent weeks. 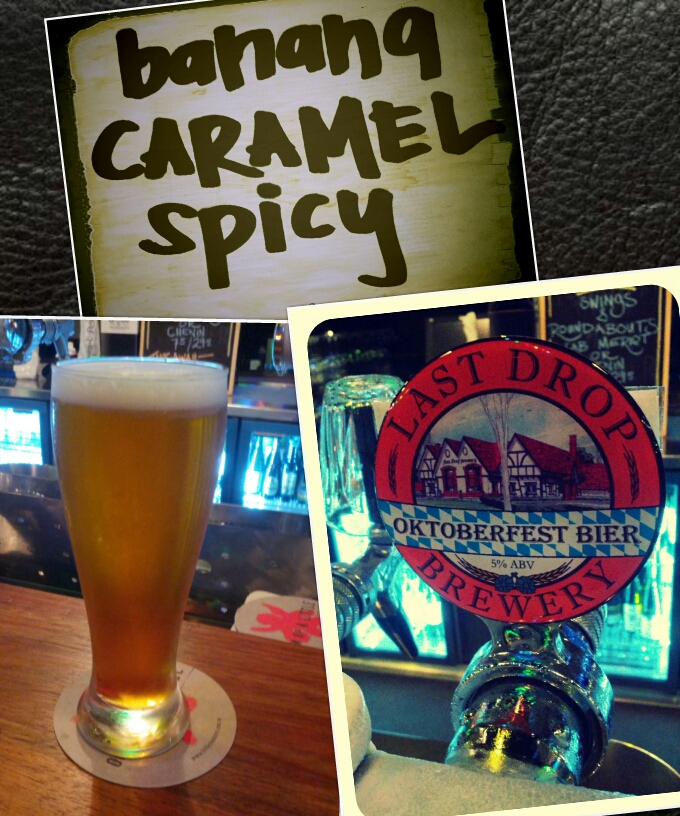 Ah, the benefits of working at a beer lovin’ bar … beer!

Last week the new limited release from Last Drop Brewery –  a 5% abv Oktoberfest Bier – landed at Clancy’s Fish Pub Dunsborough where I have been working casual shifts in recent weeks.

Last Drop Brewery, boasting traditional European style beers and food, lays claim on their website that “it feels like Oktoberfest every day of the year” so it seems very fitting that they release something special around this time every year.

From my reading it seems there isn’t a specific beer style for Oktoberfest though lately they tend to be sweeter malt driven ales. One thing that is set in stone is who can serve beer. Only large breweries from inside Munich’s city limits are allowed to deliver beer to Oktoberfest. That brings the breweries down to just six. Oh and for those of you who, like me, have wondered why Oktoberfest is held mostly over September here’s some trivia for you to bust out at pubs and quiz nights. Oktoberfest was moved forward in the 1870s due to the practical reasons such as the weather, up until then it was in fact held in early – mid October.

My own personal experience with Oktoberfest involves staying in pure luxury at the Sofitel Hotel Munich, being sick with the flu and wandering around the festival wishing I had functioning taste buds. That was back in 2010 and wasn’t really how I had envisaged my trip to the world’s biggest beer festival.

Two year later I’ve been happily drinking the Last Drop Oktoberfest bier as my preferred staff drink (sorry Feral Hop Hog, I’ll be back soon). It is full of flavour and available only on tap at Last Drop Brewery and selected venues. Last Drop Oktoberfest Bier has dominant aromas of those banana lollies you had as a kid, you know the ones I’m talking about. The sweet flavours of the beer reminded me of the last piece of cheesecake crust. It’s biscuity, nutty and there are hints of caramel before a moderate bitter finish.