The only way to accurately describe the burgers we made at home on Friday night is “over the top”; though “epic” and “freaking amazing” would also do nicely. Matched with the Feral / 2 Brothers Collaborator was nothing short of fantastic!

The only way to accurately describe the burgers we made at home on Friday night is “over the top”; however “epic” and “freaking amazing” would also do nicely.

I had done some random internet clicking and ended up looking at the Food Republic; a website for guys about food and drink and although it may not sound revolutionary, it’s really quite good. Great recipes and articles, all done with a bit of humour, and sound advice – all well presented. I will be visiting this site again I am sure, despite my gender not being the specific target market! The recipe that caught my attention was for a “Bacon Blue Cheese Burger” simply because it sounds amazing and really, anything with blue cheese has to be good!

My boyfriend and I didn’t follow the recipe, instead just grasping the title words and putting it together in a way that made sense to us; it seemed more fun this way! The patties were made with beef mince, garlic, breadcrumbs and egg. We topped them (and yes, we made double decker burgers for no good reason other than we could) with a slab of blue cheese, egg and a gravy mix of mushrooms, bacon, spanish onion and garlic. Built into three layers of toasted turkish bread, the end result was by far the messiest and tastiest of our home made burger efforts to date. 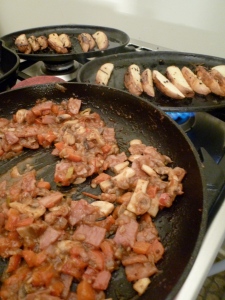 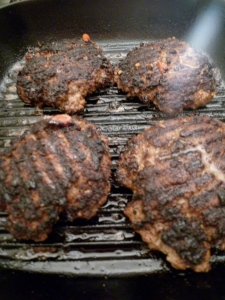 Deciding what beer to go with it was more of a challenge. I avoided pale ales because that’s what we have done most times with burgers and even though it’s been a wonderful match in the past I wanted to try something different. Hello Collaborator!

Our second and final bottle of the 5.5% abv Feral/2 Brothers Collaborator beer, an Australian Brown Ale, turned out to be a fantastic match to our artery-clogging burgers. Bold enough to stand up to the many competing flavours happening in the burger, the beer itself had a contrasting bitter hop flavour, sweet caramel malt and tropical fruit. Rather than trying to pick out individual flavours in both beer and burger I think my best description of the match is just that it was really, really good with both contrasting and complimenting elements. Most importantly, however, it was all damn good fun making the burgers, trying to eat them and washing it all down with a sensational Australian beer. 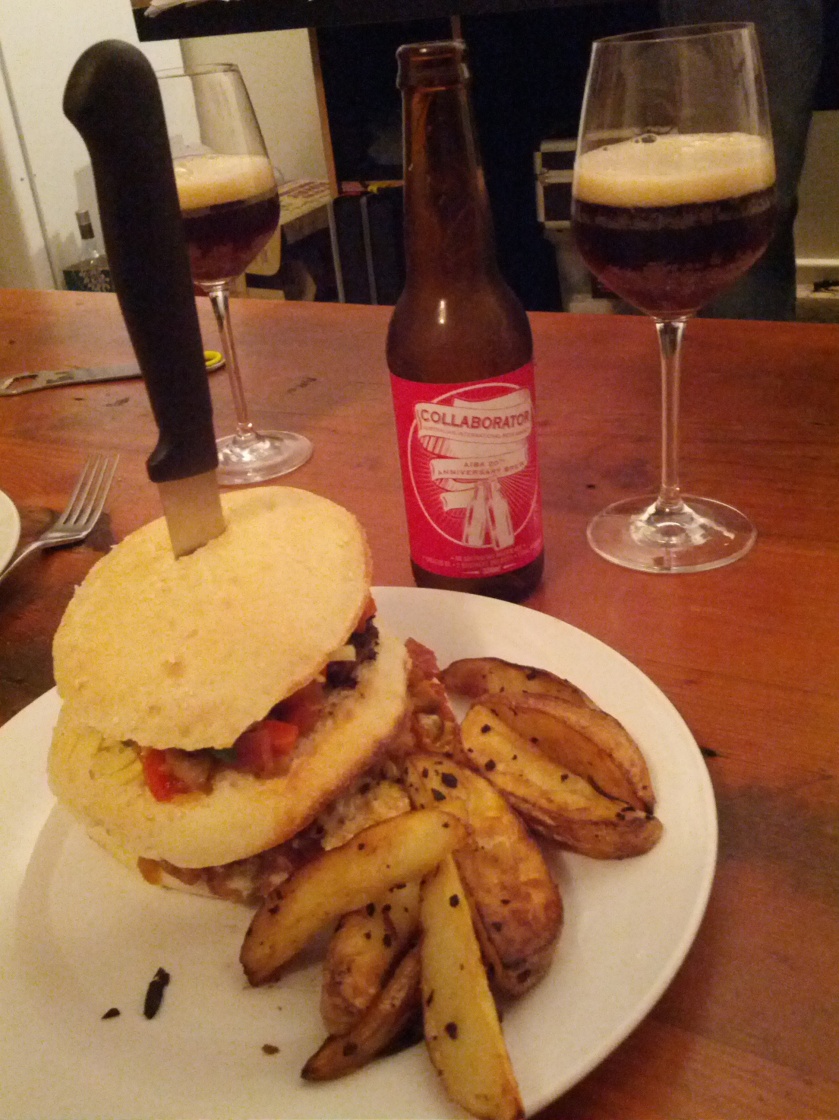